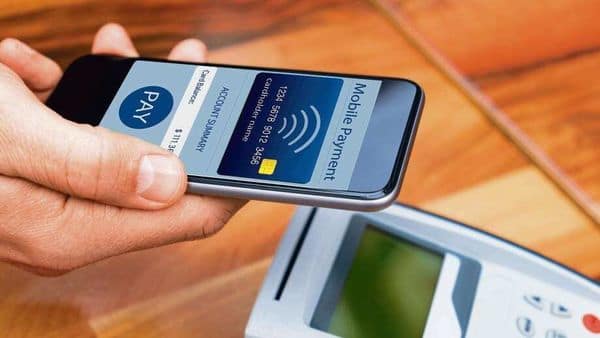 India has emerged as a leader in digital payments, with a manifold increase in such transactions in recent times. There are not many countries that allow digital transactions worth as low as one rupee. The Universal Payments Interface (UPI), which was launched in 2016 to allow payments round the clock 365 days a year, has been very successful. Recently, the UAE became the third country after Bhutan and Singapore to accept UPI payments outside India, which is an indication of the ease and efficiency of this system. There is some euphoria around private consortium-led payment mechanisms under the central bank’s New Umbrella Entities plan as well.

Despite a vibrant digital payment network, financial inclusion faces some bottlenecks in India. At the core of this problem lies the country’s rural-urban divide, both in terms of technology and access to banking infrastructure. The share of telephone subscribers resident in rural areas has increased over time, with the figure placed at 44.8% in December 2020. However, a large gap still exists in terms of internet access. As per the latest data available from the Telecom Regulatory Authority of India, there are 34.6 rural internet subscribers per 100 people in the country, as opposed to 104 in urban areas (as on end December 2020). Internet penetration also varies widely across states. Internet subscribers per 100 persons ranges from 210 in Delhi and 87.6 in Punjab to 40.8 in Uttar Pradesh and 32.9 in Bihar.

Further, of the country’s total bank branches, 33.5% are located in rural areas, 27.5% in semi- urban, 19.3% in urban and 19.7% in metropolitan zones, as on end-June 2021. There are around 190 million unbanked citizens in our country, residing mostly in rural parts. However, it is noteworthy that our central bank and government have been taking measures to expand bank infrastructure in unbanked areas and open bank accounts for people under the Jan Dhan Yojana. This is aimed at increasing everyone’s access to financial services, which has already improved substantially.

As the existing digital payment methods require a bank account and internet/smartphone, until these gaps are filled, complete financial inclusion will remain a developmental challenge. Most developing countries face similar challenges, and some of them have successfully tackled these through the innovative use of technology. One such example is M-Pesa in Kenya, where ‘M’ stands for mobile and ‘Pesa’ for money. M-Pesa was introduced in Kenya as an initiative for financial inclusion geared towards its unbanked or under-banked population. This is a virtual banking system that provides services through a SIM card with no requirement of internet access and bank accounts. It started as a means to buy airtime and make micro-loan repayments using the network of Safaricom airtime resellers. M-Pesa later expanded to many other counties, and over time, it became a big player in the market for transferring or withdrawing money, saving or borrowing money, making merchant payments and paying bills. Transactions worth half of Kenya’s gross domestic product are carried out over M-Pesa, as reported by its central bank, and this platform claims over 49 million customers across Africa.

It is here that the cashless and contactless digital payment solution called e-Rupi, launched recently by the government, can prove to be a game changer. Similar to what M-Pesa did in Kenya, e-Rupi has the potential to redraw the contours of financial inclusion in India. It is a solution to the twin problem outlined earlier.

The e-Rupi system allows transfers of purpose- specific prepaid vouchers that need no debit card, credit card, mobile bank application, internet connection, etc, to be used. As envisaged, all that a person would need is a mobile number. An e-Rupi voucher will be sent to the user as an SMS (for non-smartphone users) or QR Code (for smartphone users). This will enable particular digital payments, not just from phones to digital recipients, but also from digital senders to offline payees.

For now, e-Rupi has been announced just for specific purposes, but it could be scaled up massively. This contactless payment system is expected to be easy, safe and secure, as it promises to keep the details of beneficiaries completely confidential. The entire process is both reliable and fast, as these vouchers are preloaded with money.

Currently, there are 11 banks participating in the programme, but like M-Pesa, this modest beginning could be developed further to serve various other ends as well. The decision of Mswipe to include e-Rupi as a mode of payment, for example, is a step towards building a financial ecosystem based on it. The e-Rupi can prove to be useful for corporations and governments as well. Businesses can use it to provide benefits to their employees by distributing such prepaid vouchers; they could track their redemption as well. This new transfer system could be put to widespread use in public- service delivery, as it allows for money to be spent only for intended purposes and reaches the correct beneficiary. With the government’s focus on direct benefit transfers for assorted welfare programmes, the e-Rupi can prove pivotal in terms of preventing leakages and providing last-mile connectivity for routine state provisions and other forms of support.

* Thank you for subscribing to our newsletter.