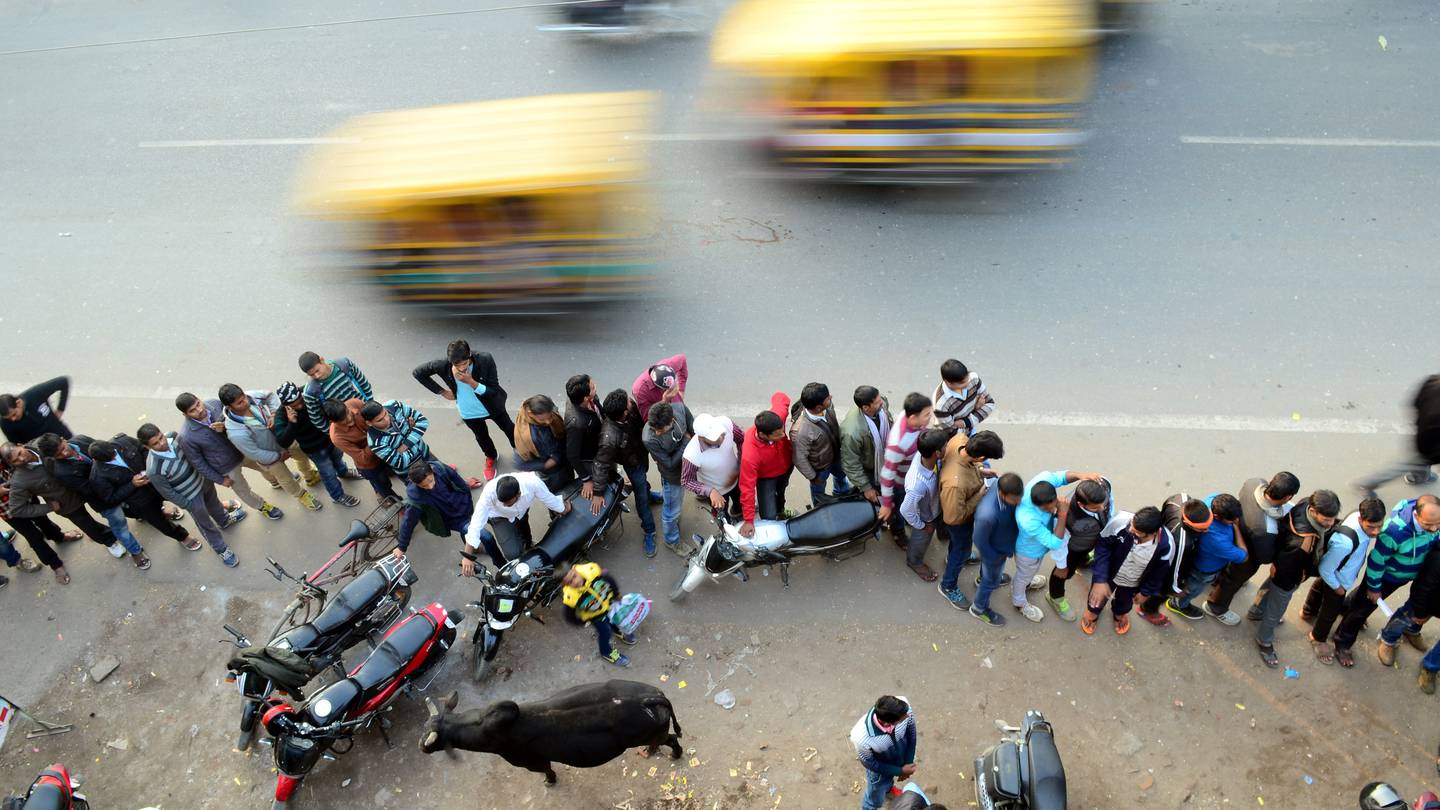 The world’s digital revolution, which accelerated during the Covid-19 pandemic, has transformed the financial services sector, spurring fiscal inclusion and leading to more people than ever before having access to a bank account for the first time, according to the World Bank’s Global Findex 2021 report.

As of 2021, 76 per cent of adults globally now have an account either at a bank, other financial institution or with a mobile money provider — up from 68 per cent in 2017 and 51 per cent in 2011, the Washington-based lender said.

The Global Findex report is published every three years and surveyed how people in 123 countries use financial services and FinTech.

“The Covid-19 pandemic has spurred financial inclusion — driving a large increase in digital payments amid the global expansion of formal financial services,” the World Bank said on Wednesday.

The pandemic led to lockdowns around the world and accelerated the move to digital services as consumers switched to cashless payments to do everything from paying bills to doing their banking, remitting money and shopping online.

Globally, digital payments are expected to grow to $8.26 trillion by 2024, up from $4.4tn in 2020, according to Statista, a German company that specialises in market and consumer data.

Over the past decade, much of the growth in accounts had been concentrated in India and China. However, this year’s Global Findex survey found that the percentage of account ownership has increased by double digits in 34 countries since 2017.

The gender gap in account ownership has also narrowed for the first time, dropping to 4 percentage points from 7 percentage points globally. This has helped women have more privacy, security and control over their money, the World Bank said.

“The digital revolution has catalysed increases in the access and use of financial services across the world, transforming ways in which people make and receive payments, borrow and save,” David Malpass, group president of the World Bank, said.

“Creating an enabling policy environment, promoting the digitalisation of payments and further broadening access to formal accounts and financial services among women and the poor are some of the policy priorities to mitigate the reversals in development from the ongoing overlapping crises.”

While the findings of the report show there are clear advances under way in terms of financial inclusion, it is critical to build on them considering the current economic headwinds, Mr Malpass said.

The uncertain global economic outlook caused by the pandemic has been further fuelled by record-high inflation, rising interest rates and Russia’s worsening military assault on Ukraine, which has affected commodities markets and triggered fears of recession.

Families hunt for bargains amid rising prices globally — in pictures

However, high inflation, slow economic growth and food scarcity will affect the poor the most, the World Bank said.

“Expanding their access to finance, reducing the cost of digital transactions and channelling wage payments and social transfers through accounts will be critically important to mitigate the reversals in development from the ongoing turbulence,” it said.

In 2021, the mobile money industry processed more than $1 trillion in transactions worldwide, according to the Mobile Economy 2022 report by the GSM Association, the industry body that represents mobile network operators.

“Mobile money has expanded from a niche offering in a handful of markets to a mainstream financial service, moving millions of households in low and middle-income countries [LMICs] from the informal cash economy into a more inclusive digital economy,” it said.

“Across LMICs, people are living increasingly digital lives thanks to mobile money, transacting more often and for more reasons than before. The Covid-19 pandemic accelerated this shift as people turned to digital, no-contact ways to purchase everyday items, pay bills, receive government support payments and send money home to family.”

Meanwhile, about 22 per cent of the GCC’s population is unbanked, compared with 60 per cent in North Africa, according to a report by consultancy Strategy &.

Seventy-nine per cent of young adults in the Mena region are unbanked and 72 per cent of the poorest citizens can benefit from financial inclusion, according to the Arab Monetary Fund.

However, the Global Findex survey found that 42 per cent of women in the Mena region now have an account compared with 54 per cent of men, which is “important progress since 2017, when the gender gap in account ownership was 17 percentage points”, the World Bank said.

“Opportunities still abound to increase account ownership for both women and men by digitalising payments currently made in cash, including payments for agricultural products and private sector wages.

“Shifting people to formal modes of savings is another opportunity given that about 14 million unbanked adults in the region — including 7 million women — saved using semi-formal methods.”

Despite the advances in financial services since the beginning of the pandemic, many adults around the world continue to lack a reliable source of emergency funds to protect them from unexpected bills or medical payments, the World Bank said.

Only about half of adults in low and middle-income economies said they could access extra money during an emergency with little or no difficulty. For those who do not have an emergency fund, they are forced to turn to unreliable sources of finance, including family and friends, the survey found.

However, formal accounts — whether with a bank or regulated organisation such as a credit union, microfinance institution or a mobile money service provider — allow their owners to safely and affordably store, send and receive money for everyday needs, plan for emergencies and invest for the future, it said.

By contrast, people without an account have to manage their money using informal mechanisms such as cash, which could be less safe, less reliable and more expensive than formal methods.

“Evidence shows that households and businesses that have access to financial services are better able to withstand financial shocks than those that do not,” the report said.

Meanwhile, the world has a crucial opportunity to build a more inclusive and resilient economy, and provide a gateway to prosperity for billions of people, according to Bill Gates, co-chair of the Bill and Melinda Gates Foundation, one of the supporters of the Global Findex database.

“By investing in digital public infrastructure and technologies for payment and ID systems and updating regulations to foster innovation and protect consumers, governments can build on the progress reported in the Findex and expand access to financial services for all who need them,” Mr Gates said.